What Poetry is For

I’ve just gotten back from a trip to Mexico City for a week, and in my absence, the autumn clouds have moved in. Seems like just yesterday I was standing in big pools of sunlight, hardly remembering winter at all. Now, the light is grey, and every now and then, the clouds settle close to the hill, covering my window.

I’m feeling a little overwhelmed at the moment. I thought that we’d have a big freeze while I was gone and that would be the end of the vegetables from the garden. But no. Yesterday, Dave came it with a grocery bag full of eggplants, which I had to cook and freeze instead of unpacking my suitcase.

Okay, I could have thrown them out, but what’s the point of a garden then?

To add to my learning curve up here, Big Mac has a cyst on his face—dryland distemper— it’s called. My neighbor came over to diagnose it, said she had a horse that had it last month, that it’s common in these parts this time of year, and that no large animal vet will come up here to take care of cattle. And adios.

So along with learning that you can tell a heifer newborn calf from a bull calf by the direction it pees (down on the ground if it’s male and straight out the back if it’s female . . .in case you wanted to know), I’m now consulting a book called Raising Beef Cattle to figure out what to do here.

Basically, I’m supposed to lance the cyst, drain it, and swab the wound out with iodine. After that, I give Big Mac an antibiotic injection with a cattle syringe.

Do you know what Big Mac weighs? Over a thousand pounds! Not counting the horns, friends. You think he’ll cooperate?

So there isn’t much I can do but follow him around in the clouds and make sure he is still eating, that he hasn’t gone down.

So far so good. I’m told this will resolve on its own and that it won’t be pretty. I can take “not pretty”, but if he gets really, really sick, I don’t know what I’ll do.

Anyway, last night after checking on Big Mac, after putting the last of the eggplant slices in the freezer, I poured a glass of wine, flopped on the sofa and picked up the New Yorker I’d tossed there with the rest of the mail.

In it I found a beautiful poem by Jennifer Barber that carried me off to another place in my consciousness, made me think about language and life at their most basic, and this was both calming and transcendent and just what I needed. 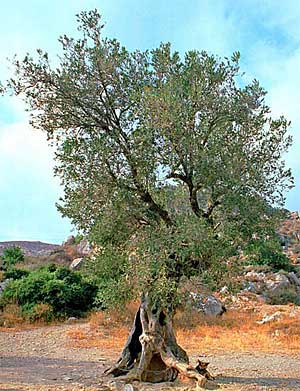 IN THE HEBREW PRIMER

A man. A woman, A road.
Jerusalem.

Nouns like mountain and gate,
water and famine,
wind and wilderness
arrange themselves in two
columns on the page.

The harvest, the dust.
The day calls, the night sings
from the threshing floor.