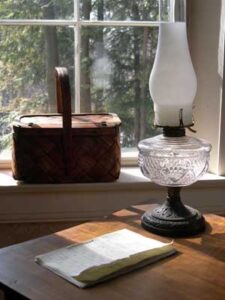 Well, they did, actually. Or offered to. Or rather their male family members offered to on ” . . . behalf of the author who will incur all expenses” since no one could know their gender. In Austen’s case, the publisher took the manuscript from her father and then refused to publish it. Years went by — something like ten years — before she was ever in print.

I’ve been thinking about the spaces these women carved out for themselves. Such small tables, such narrow lives, such vivid imaginations, such huge accomplishments.