For the next three months, I’m going to be blogging over at my novel’s website MexicoTrilogy.com, which I set up to market my book. I should probably be Tweeting, and Facebooking, and sticking pictures up on Pinterest, too, but since there are only 24 hours in a day, I’m hoping SEO will get readers to my site and to my book. I’d actually like to be, you know, writing novels. Anyway, visit me over at MexicoTrilogy.com, and let’s see if I can meet my goal of selling 500 books. 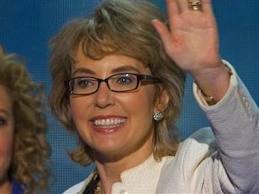 Throughout this whole process of putting a book out, I’ve been thinking a lot about what women must do to be part of the cultural and political discourse. Unlike me, some risk their lives.

In January 2011, Gabrielle Giffords was shot in a supermarket parking lot. Her crime? Holding a constituents’ meeting in a public place in a country so addicted to violence and guns it can’t think straight.

On October 9, 2012, Malala Yousafzai was shot in the head by Taliban terrorists on the way to school. Her crime? She wanted an education, to be able to read and write. For this, she was shot by a patriarchal group addicted to violence and women-hating. 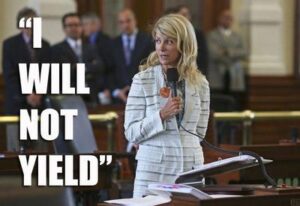 Last year when the Texas legislature held a special session to deny women access to reproductive medical care, Wendy Davis, at one time a poor, single mother herself, stood and filibustered for eleven hours so that other women might have the same opportunities and choices she has had. The Texas law that later passed is a legal shot in the head for women.

That Gabby Giffords lived to be a beautiful, bright voice of reason is nothing short of a miracle. That Malala lived to speak so eloquently for the rights of girls is a miracle, as well. That Wendy Davis had the strength to stand up to the whole male establishment in the state of Texas is awe-inspiring. They are speaking truth to power.

This phrase—Speak Truth to Power— comes from a document created by The Society of Friends, the Quakers, in response to the arms race.

They identified a country’s worst enemy as not something external to that country, but something internal. They concluded the enemy within was:

1.) The Lust for Power
2.) The Addiction to Violence
3.) The Denial of Human Dignity

Nowhere did we see that enemy better illustrated than by Republican members of the House of Representatives at the victory party they held after cutting funds to the SNAP program, funds that go disproportionately to children, the elderly and, increasingly to military families. That many of the members who voted to take food from the hungry also personally receive millions of dollars in farm subsidies, which they all voted to renew, is beyond hypocritical and power-lusting. It’s vicious. It’s venal. Words fail, really.

If you count these congressmen’s addiction to the NRA, you’re pretty much looking at what Quakers consider to be our worst enemy. It’s us. We voted for this. And if we didn’t vote for it, we didn’t speak truth to power loudly or often enough. 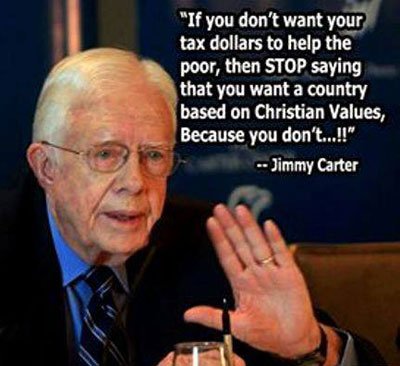 If I don’t speak truth to power in all ways available to me, in my blog, in my books and at the scariest of all — family gatherings, I will have aligned myself with cowards, hypocrites and Machiavellian ideologues.

Self-publishing my novel Palace of the Blue Butterfly was one little way of speaking truth to power. The novel tells the story of an older woman who longs for some kind of transformation. There is romance but not on the man’s terms. It explores the terrible period of McCarthyism in this country. It does not glorify the very rich, and it refutes the lie that Americans are comfortable perpetuating—that Mexico is a backward country full of desperately poor campesinos and drug lords.

When the powerful in my little world said that the Mexican setting wouldn’t sell, that the love interest couldn’t be Mexican, that my protagonist was too old, I could have remained silent. I did not. While there was no gun to my head nor was I in anyone’s crosshairs, it took a certain bit of courage to demand to be heard. It was a small step, nothing as huge as the women above, but it was a step.

It’s interesting that at last year’s Romance Writers of America annual conference, the largest workshop— standing room only—- was on self-publishing. Women storytellers are no longer allowing themselves to be silenced.

What if the writers—the actual workers in the 1.5 billion dollar a year industry that is romance novel writing— organized, demanded better contracts, created more publishing houses than three media conglomerates? Think about it. That’s close to a million women writers. If they started speaking truth to power, our whole collective narrative could change. No longer would women feel they had to be thrilled by heavily armed Navy Seals or whip-wielding plutocrats like in Fifty Shades of Grey. They could fall in love with bumbling guys you wouldn’t even want carrying a leaf-blower. You know men who are kind, gentle, soulful and who aren’t addicted to violence or lusting for power.

I can almost see a collective sneer. Romance Writers. Who are they? A bunch of fluff ball girls. Alas, there are so many ways to extinguish women’s voices, and this isn’t the worst. 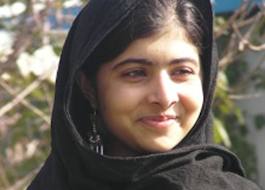 To the Taliban, Malala was an infidel, Gabby Giffords was in the NRA’s cross-hairs, and Texas Republicans have tried to slut-shame Wendy Davis by calling her Abortion Barbie.

Of course if we care about democracy, this is exactly why you, we, I have to speak truth to power every chance we get.