Romantic Suspense Novels: How I Plot Them 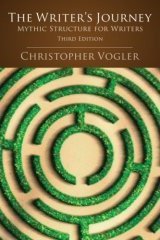 All novels, and Romantic Suspense Novels are no different, start with characters. Period. Characters.

Amanda Hocking, the young cause célèbre who just got a six-figure advance for her self-published novels, made a very astute remark. I’ll paraphrase what she said:

The reason my books sell is because they are about characters. Most novels I read are about ideas in search of characters.

I’d venture to say that if you’re not a writer, you haven’t read these kinds of novels. They don’t get published. If you’ve been in writing workshops, if you’ve gotten an MFA, you’ve read a ton of them. Hey, some of the ideas are really cool, but . . . vague. You know? No characters.

You’re going on a journey when you read. You need a guide. Sometimes that guide is just a voice, but it’s a character’s voice.

For me though, my books start with setting, with place. A few years ago, I took a workshop on Story Structure with Robert McKee, a famous screenwriter whose past students include 21 Academy Award winners and 141 Emmy award winners.

Here’s a Youtube link of Mckee on setting: http://wn.com/Story_Seminar.

I’m including this just so you’ll see what goes on in my mind, what I think is fun. Just imagine yours truly as one of the eager faces in the crowd. In the Youtube he stresses the importance of setting to characterization and plot. Setting, he tells us, imposes creative limitations.

I really love all stages of crafting novels—in my case Romantic Suspense Novels—and right now I’m working on a new draft of an old novel Bird of Paradise. A new character just inserted himself into my story, and I have to do the whole thing all over again. I’m back at the very early stages of developing a character and, depending on what he does and who he is, the plot will develop.

It was perfect timing actually, because Dave and I just took a long road trip through Utah and Colorado and Arizona. We stayed at lodges and hiked during the day. A fabulous vacation. Just look at the fields of wildflowers near Gothic, Colorado!.

There’s nothing like hiking at 10,000 feet—maybe it’s the shortage of oxygen—to put you in a trance-like state for drafting.

Another thing I kept in mind as I hiked in the mountains was Christopher Vogler’s four-act story structure. It’s based on the work of Joseph Campbell in which, like the old myths, the beginning of the character arc is the Call to Adventure. In Vogler’s paradigm, Act One ends with Crossing the Threshold.

Anyway, there’s nothing like lying awake in the middle of the night in a room that has no personal attachment for you, the blackout curtains pulled and the air-conditioner droning, for creating your character, for beginning the Call to Adventure.

Nothing like sitting in a rocking chair on the porch of the El Tovar looking out over the Grand Canyon to get you thinking about Crossing the Threshold.

When I started this blog, I swore I wouldn’t write about writing. BO-RING for most people. I’m just including this little glimpse into my reality…kind of like a potter showing you what the clay looks like in it’s glob-like form. 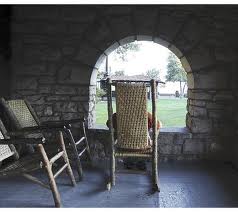 Next week, I’ll give you a recipe. Something you can use.

Seared scallops drizzled with warm tomato beurre blanc on mache tossed with Green Goddess dressing and a garnish of fried potato “toothpicks”. It’s what I had for my birthday dinner at Soupcon in Crested Butte, Colorado.

I came home and reproduced the dish.