Elle Newmark was one of my first inspirations for self-publishing. I remember looking at her website, wondering if I could do something like that. How? I had no idea where to start.

Once I put it out to the universe, as my daughter says, and starting telling people what I wanted, things sort of fell into place.

Still, the germ of the idea started with this self-published author and her rather incredible story.

Elle Newmark was 10 when she knew she wanted to be a writer, but it was only after marriage, two children, divorce and finally working in advertising so she could pay the rent and buy groceries that she got around to it. 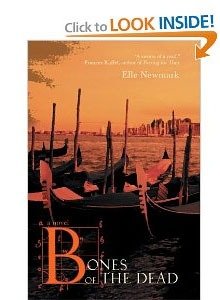 By then she was 60, remarried and living in Germany.

She kept sending her manuscripts off, but — well you know the story. Nothing, but rejections. Numerous, numerous rejections. The one agent who was interested stopped contacting Elle after she found out her age.

When nobody would publish her book, “Bones of the Dead,” about a chef’s apprentice in 15th Century Venice, she paid thousands of dollars to publish it herself. Then she did something unheard of at the time. She threw a virtual book launch party for herself on the Internet, inviting hundreds of thousands of people — including book agents and publishers — for a gathering of music, conversation, witty quotes from famous people and party favors like recipe downloads.

All she hoped to do was sell a few hundred copies of her novel on the internet.

What happened next made self-publishing history.

An agent in New York found out about Elle and signed her, not just because of the book, which she loved, but because of Elle’s self-promotion savvy.

Two weeks later, an auction was held in New York to sell the publishing rights to “Bones of the Dead” (eventually renamed “The Book of Unholy Mischief”). Simon & Schuster won by offering her a two-book deal for more than $1 million dollars.

I hadn’t really thought about Elle Newmark very much since then. I was busy trying to get my own stuff out. But now that I’ve come this far, I started to look for more guidance.

Well, Ms. Newmark provided it again, but in a rather sad way. 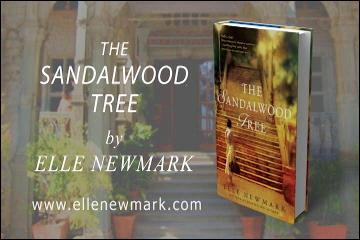 In 2009, while she was working on the second book, “The Sandalwood Tree,” a tale of love and war in India, she developed a severe respiratory disease, which eventually claimed her life.

The book was published just before her death, and its opening quote — “Death steals everything but our stories” — made the hair on my neck stand up.

Still, in addition to Elle’s fiction, we are left with the story of her feisty courage, her creativity . . .

. . . and with this final reminder of why one should keep doing what one loves in the face of all odds. “Passion,” Elle wrote, “is our consolation for mortality.”