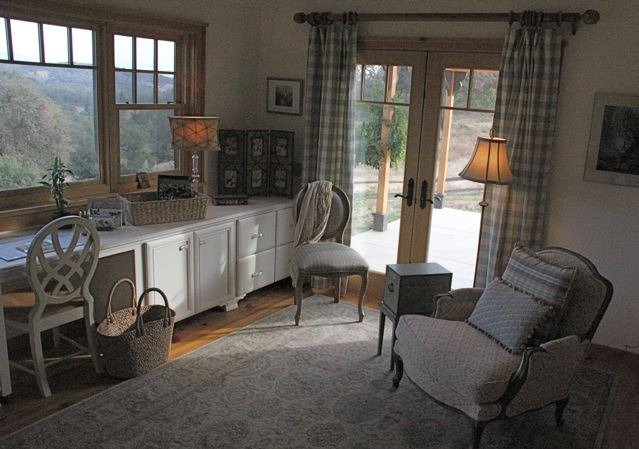 I don’t know why I was scared to tell anyone, but I was. I thought that maybe, just maybe, if I didn’t talk about it, it would go away.

Well, it didn’t. I was going to have to admit the truth.

So one winter afternoon in the middle of a torrential El Nino rainstorm, the kind California can have in January, Dave and I were driving up to Mendocino to visit friends. Water poured off the roof of the car, and the windshield wipers thwapped furiously. The low sky, a bruised grey color seen from the steamy windows, gave me the feeling I was in some brooding French film.

We’d just passed Cloverdale and were winding up the mountain when I knew I had to tell my husband where I’d been spending my time—early mornings, late nights.

“I have a confession to make,” I blurted out. “All those evenings you thought I was at school, I wasn’t grading papers.”

(You can see where I’m going with this.)

Only in retrospect do I remember how silent Dave became and how the car slowed, how I could only hear the heater vents blowing, the tires sloshing around the curves.

“I’ve been writing a novel.”

More silence. And then Dave burst out laughing. Not the confession he’d feared. For me though, a burden had been lifted.

After that— no more secret scribbling. I could pad around in my L.L. Bean plaid bathrobe with a vacant, distracted look on my face, and no one would think I was having a series of small strokes. I was writing.

For a couple of years before we moved to the ranch, I wrote in a little studio behind our house in Berkeley. The real estate agent called it a whimsical little cottage, and it was whimsical in its whimsical little way with its paper thin walls, freezing drafts, and its only warmth— a humming, little space heater. Its whimsy came complete with a soundtrack—every leaf-blower, car-alarm and skill saw from the neighborhood’s constant renovations, the opera singer two houses down practicing his scales, the guitar teacher’s students playing “I’ve Seen Fire and I’ve Seen Rain” over and over. It was charming (whimsical) in a Berkeley sort of way. 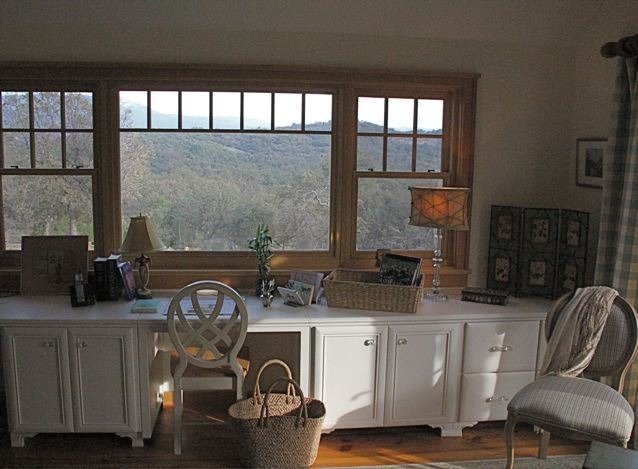 A friend once said that ever since she’d known me I wanted only two things: to live in the country and write novels.

Gazing over the mountains now, I remember when I had no idea how any of this could happen— didn’t have a place in the country nor any clue how to go about this novel writing business. Poems–sure—but juggling a big thing, lots of note cards, plots, sub-plots, characters, point-of-view, narrative drive . . . Dude. I was lost.

I wrote wonderful first chapters, beautiful scenes, and then somewhere along the line, the whole thing would unravel.

Thank you Books Passage University for having that four-day workshop. Bless you Elaine Petrocelli, and the Mystery Writer’s Conference, and the famous editor who, at that conference, told me I was a wonderful writer. Just not a mystery writer.

“You write women’s fiction,” she said.

I could not have finished my women’s fiction novels, could not have showed one to a famous editor without these good folks at Books Passage and their workshops. Go there. Take their classes. Buy books online from them. Do whatever it takes to support this wonderful independent bookstore in Corte Madera.

Autumn is full upon us here. The leaves of the Japanese maple in the patio are flame-colored and the dogwoods have turned deep red. We’ve been lighting fires each evening for coziness as much as for warmth.

This time of year always makes me think of curling up in my pjs on the sofa and reading all night. If you’re in that kind of mood, I’d recommend Elizabeth George’s Deception on his Mind. It’s a great big mystery set in a seedy, has-been sea-side town in England. Enjoy!