Chick Lit: What is it, Anyway?

Palace of the Blue Butterfly | Episode 5

Here’s the way I look at it. If I weren’t supposed to enjoy reading and writing books like Laura Caldwell’s ChickLit/Romantic Suspense novels, would hammocks, Lipton’s Diet Ice Tea with Lemon and Bain de Soleil suntan lotion ever have been invented? I think not, girlfriends.

So what is Chick Lit? And why do women like it? Well, as Laura Caldwell herself says, “[Chick Lit] connotes a work that appeals to women, and has as its primary objective, the desire to entertain.”

Wow. Think about it. Where else in society can we find something whose primary objective is to appeal to us, entertain us?

Not something that exhorts us to be better—lose weight, get that mammogram, cook healthy Crock-Pot, family meals?

Not something that plays on our weaknesses so we go out and buy cosmetics and shoes?

Not something that leaves us feeling slightly like failures because, according to whatever we’re reading, we failed to do X?

I don’t know, but chocolate doesn’t count. Its primary objective is just to be chocolate.

However, with Chick-Lit, someone actually sat down and spent a great deal of time, energy, imagination and what-have-you with the sole objective of entertaining us ladies. People can turn their noses up at it, but in a world that works against women much of the time, Chick/Lit tells me that I, and my female world, matter. Sounds sort of important to me. 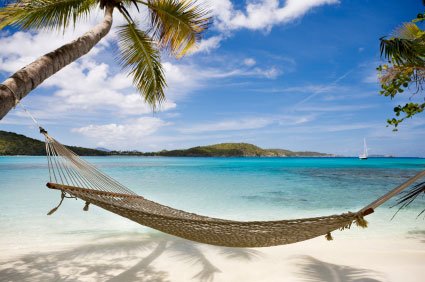 Anyway, Laura Caldwell merges the genres of Chick/Lit and Romantic Suspense, and her success blazes a trail for other women like me (maybe you?), and other novels like mine (maybe yours?). Caldwell’s books create a shelf in the bookstore for what I call trans-genre novels. You know, books that otherwise might have seemed deviant to publishers, books that had ummm . . . genre issues. They really used to hate that. But hey, remember when I said I thought everything I had in life was because some woman somewhere did something she wasn’t supposed to do? Well, here’s another example.

Like other Chick-Lit/Romantic Suspense writers, I write for women. I write about what that great ChickLit writer of the 19th century—none other than Charlotte Bronte— called the “stormy sisterhood” of the passions. In novels, like in life, I want to be on the edge of my seat even if that seat is a hammock by the beach.

Well, it’s that time of year now when you’re gathering up your beach reading. This time add beach listening to the list. Just follow the instructions on how to download for a Mac or PC. Then pop in your earbuds, close your eyes, rock in the hammock and listen to . . .