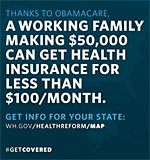 I was all set to start blogging on my author site Mexico Trilogy.com as part of my marketing campaign, just something light and breezy, and then –- damn! — if those tea party Republicans didn’t get on my last nerve when they shut the government and the economy down.

While my neighbors who work in the National Parks will be getting their salaries docked, our Representative Tom McClintock is raking in several hundred dollars a day plus government healthcare, healthcare he wants you to be free enough not to have. Since he makes roughly $174,000 a year, he really doesn’t need his gold-plated federal employee insurance for himself . . . 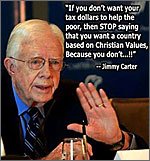 Self-publishing my novel Palace of the Blue Butterfly was one little way of speaking truth to power. The novel tells the story of an older woman who longs for some kind of transformation. There is romance but not on the man’s terms. It explores the terrible period of McCarthyism in this country. It does not glorify the very rich, and it refutes the lie that Americans are comfortable perpetuating — that Mexico is a backward country full of desperately poor campesinos and drug lords.

When the powerful in my little world said that the Mexican setting wouldn’t sell, that the love interest couldn’t be Mexican, that my protagonist was too old, I could have remained silent. I did not. While there was no gun . . . 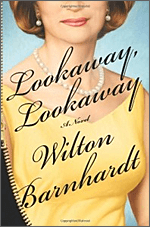 . . . South. As everyone around here knows, I’ve been sick, really sick. After several days of terrible pain, Dave drove me down the mountain to the emergency room—otherwise known as The Village of the Damned—where I waited for five hours before being seen by the ER doc. The other lost souls in the waiting room included a stroke victim slumped in a wheelchair, a half starved, young woman clearly in the throes of a psychotic break, plus the usual folks with no health insurance, their faces covered with paper masks, who use the ER as a primary care facility. Fortunately, I had a really good book to get lost in, Lookaway, Lookaway, by Wilton Barnhardt of Raleigh, North Carolina.

Years ago an agent told me I should exploit my Southern background in my writing. She meant Southern as in mansions covered in honeysuckle, spirited young belles and old black maids dispensing the wisdom of the ages. I tried to explain how the south wasn’t really like that anymore, probably never was, but it took this author to really nail it. Barnhardt is Dickens with a drawl . . . 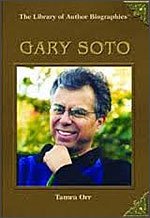 . . . a story by Fresno writer Gary Soto called, “Being Mean,” which the kids all loved. In the story, the children of a couple who are employed in a broom factory are left to their own devices during the summer. They do all the scandalous things you would expect kids to do under those circumstances, and needless to say, it does not turn out well. The first line of the story was this: “We were terrible kids I think.”

By the end of the student’s writing and reflecting on the story, I always revealed something of Gary Soto’s biography, that he was the son of farm workers in the Central Valley and now was a full professor of English at UC Berkeley and a renowned poet. Is there anything in this story, I would ask, that would predict this transformation from a terrible kid to an English professor? Just as I hoped, someone would inevitably point to the first line, to the phrase “I think”. The writing assignment that night always involved . . .

Fish Stew: Like One of Ina Garten’s Recipes Only . . . 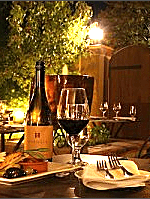 Unless you’ve been hiding under a rock and not reading my blog or downloading my book( link), you probably know my great affection for Mexico and all things Mexican. So, it’s not surprising that one of my favorite little California towns is Paso Robles or La Ciudad del Paso de los Robles, with its leafy town plaza and wineries. Okay, so now the town is sort of like Old Mexico meets Italy and Spain infused with San Francisco foodie culture. It was a great place to celebrate our anniversary this year before heading to the coast.

Bird of Paradise: Romantic Suspense Novel Set on the . . . 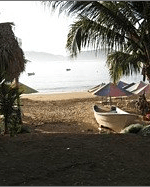 Finally! After all the proofreading and all the formatting and all the figuring out how to get Palace of the Blue Butterfly on Amazon Books and Goodreads, I‘m starting to revise my second romantic suspense novel Bird of Paradise.

This is sort of what I look like these days — only no fishbowl, no fish, no green branches, just me staring out into space. Any normal person would wonder what I’m doing. Well just FYI: Yesterday, my imagination took me to a beach on Mexico’s Pacific coast. I felt the sand on the soles of my feet, the wind in my hair, heard the waves, the shells being pulled out to sea, and in this trance, characters emerged from nowhere, for example, the French guy — Francois Richter. Where did he come from? He wasn’t in my first draft. But Bee, my main character, opened the door of the van, and there he was in . . .

I Keep Thinking About Something Adrienne Rich . . . 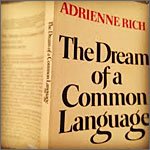 . . . wrote about women and lying. Why? Well, because I’ve been thinking a lot these days about blogging and truth-telling. You know, the opposite of lying. I discovered women’s blogs when I moved out of the city. How? Looking for recipes. Back in the Bay Area, I would have simply grabbed a copy of Saveur on the way into the supermarket. Oh look. We’ll have Thai inspired shrimp skewers with cilantro jasmine rice. Done.

In the boonies, it’s not so easy. See Jane search for recipes and come up with all these women’s blogs. Like Etsy, you can get lost reading about these women’s live. What struck me then, and what I think has . . . 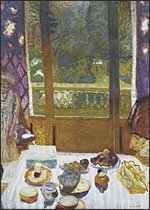 I read an article recently in which a critic made a disparaging remark about women’s blogs, how it was fortunate that so many women out in the sticks had an outlet. An outlet? An outlet? As opposed to, say, writing book reviews in a journal that probably has far less readers than those little, ole, bloggy thingies, right? Okay, Jane, breathe. Breathe deeply.

Anyway, the snide remark got me thinking about a speech the poet Adrienne Rich gave at Smith College thirty four years ago during the height of the feminist movement. I had to dig around to find the quote I wanted. Here it is . . .

“When those who have the power to name and to socially construct reality choose not to see you or hear you . . . when someone with authority describes the world and you are not in it, there is a moment of psychic disequilibrium, as if you looked in the mirror and saw nothing. It takes some strength . . . 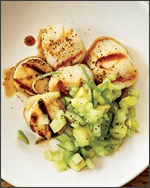 Okay, so if we still lived in the Bay Area, we’d probably celebrate the launch of my book and the new website Mexicotrilogy.com at Gary Danko’s, or Boulevard or even the old sentimental favorite Chez Panisse. But we don’t. Good news is no waiting one month for reservations, no major attitude. (I remember my mother rolling her eyes at Chez Panisse and drawling, “They act like I’ve never seen a candied violet before in my life.”)

However, if I want food that good I have to cook it. More good news. If you keep it very simple, it’s possible. (Okay, not the white corn and lobster soup that I had there that I will never forget, but still . . .) As this was a celebration, I didn’t want to spend hours slaving. I’d already done that on the book and website. In Food and Wine Magazine, I found a great simple recipe . . .

The Cuckoo’s Calling by J.K. Rowling Otherwise Known As the Debut Author . . . (part 2) 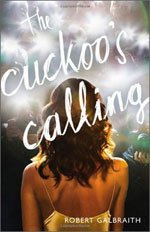 In April of this year, Mulholland Books, an imprint of Little Brown, published a mystery novel by an unknown author, Robert Galbraith, titled Cuckoo’s Calling. It got some nice reviews, including starred reviews from Publisher’s Weekly, as well as praise from well-known authors in the genre. You know how many copies it sold in three months? Five Hundred, as in 500 all over the world.