Whenever I get a hankering for a bit of glitz and glam, I head to the city . . . the really big city, the biggest city in the world . . . Mexico City. 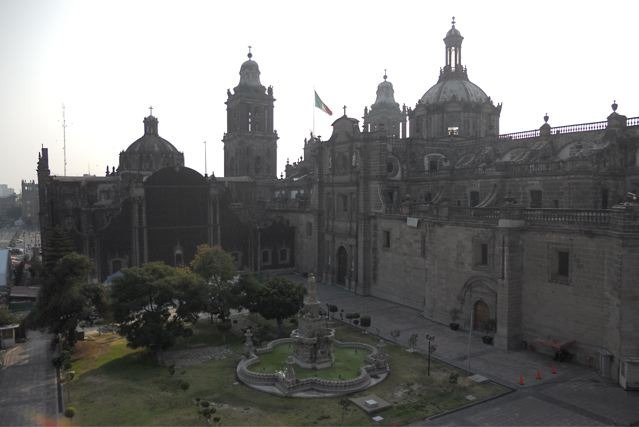 I suppose everyone, and especially at my age, has a few threads left unwoven into the fabric of his or her life. Mine is Mexico City. It was a love affair that started on a road trip when I was seventeen and has pretty much continued. And while I love life up here on the ranch, I really did want to get out my fancy clothes, paint my nails, put on the Chanel red lipstick and be all urban and sophisticated and stuff. So . . . a week before Thanksgiving, Dave and I headed down Mexico way to visit friends, hang out in cafes, wander around galleries and museums and generally soak up comaraderie, culture, and haute cuisine Mexico City style for a week.

I wrote my beautiful friend Frances and said, “What I really want is an apartment in the Condesa where my friends can come over and hang out, where we can dine on rooftop restaurants and wander around parks, you know, where I can really feel like I live in the DF for a week.”

She told me about this delightful couple, Daysi and Homero Nava, who have just opened a lovely B&B—the Hotel Villa Condesa—on Calle Colima between Avenidas Guadalajara and Veracruz. The Navas are as fascinating as they are charming, and the place was was perfect— a beautifully restored Art Nouveau building, the kind I always dream I will live in when I come back in another life.

I love this neighborhood so much I wrote a whole novel about an expatriate who lives there just so I could be in the Condesa if only in my imagination!

Just look at some of these buildings! 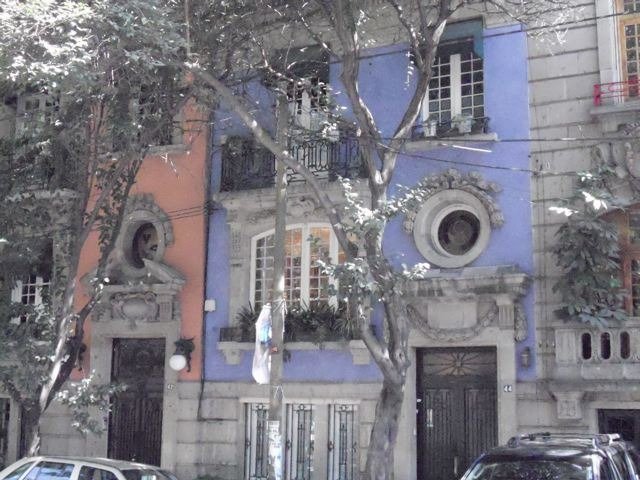 Here’s a picture of the restaurant on top of the Condesa DF Hotel above Parque Espana. I heard somewhere that the writer Octavio Paz lived on this park, and I kind of hung over the edge of the railing hoping to catch a glimpse of his ghost deep in thought walking under the shadows of the tree. Ghosts… it IS Mexico, after all. 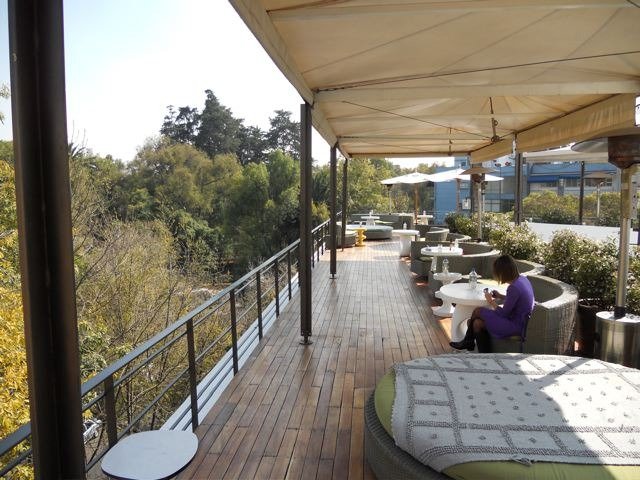 The first morning we were there, we headed to the Palacio de Bellas Artes for a look at the Saturnino Herran exhibit. Very cool. I snapped this picture of the skyline over Alameda Park from Bellas Artes while I was waiting for Frances. 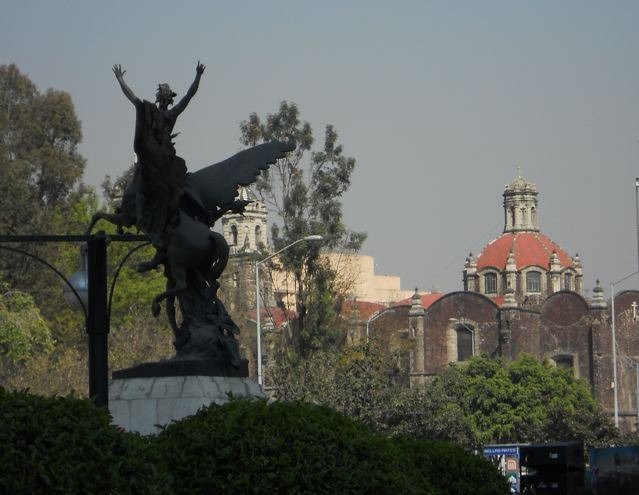 Notice how clear the air is? That’s because of these . . . 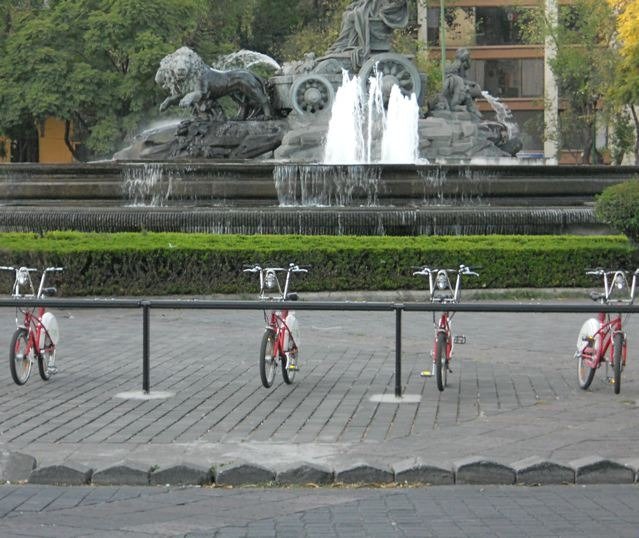 The idea is you borrow one from the bike stand and deposit it in the stand nearest your destination. How civilized is that?

After oohing and ahhing over the beautiful Art Deco interior of the Palacio de Bellas Artes, we dined at El Cardenal— a restaurant right behind the Metropolitan Cathedral where I had an incredible Mole. Then it was onto the Museum at the Templo Mayor and the treasures of Moctezuma II.

We finished up the first evening with great margaritas in the Opera Bar. If you look up you’ll see the bullet hole Pancho Villa put into the ceiling when he rode in there on horseback. I’m smiling because I’m sitting in the seat Diego Luna sat in for a photo shoot on Mexico city. Be still my heart!